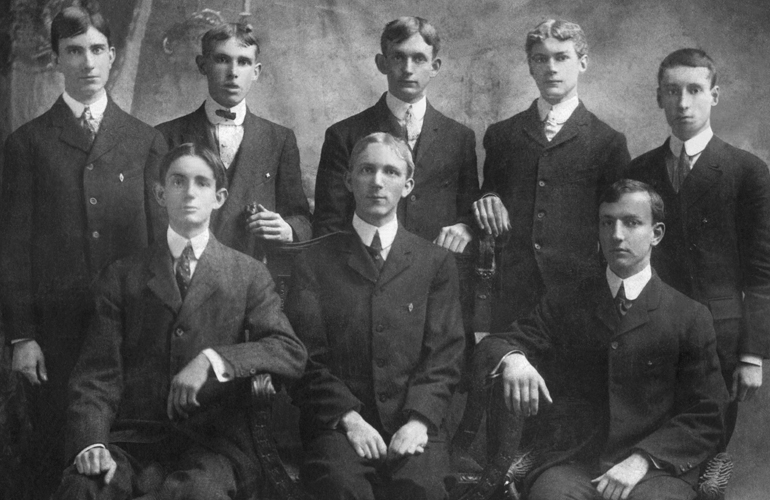 The College of Charleston was the pride of the city, and much of South Carolina. It is the eleventh oldest college in the nation, and the very first in America supported solely by city funds. The athletic program was added to the all-male College in 1897. By 1904 the basketball, football and baseball programs were a source of great pride. That same year Andrew Alexander Kroeg Jr., Lawrence Harry Mixson, and James Fogarty were thriving young men at the college.

Also thriving was a campus literary society, the Chrestomathics. This society was similar in function to modern day student government groups. By participating in the activities of the society, students could take their academic pursuits beyond the classroom, debating the ideas and issues of the times. Because of its prominence and power on campus, the society was important to the students. In the fall of 1904, the literary society held elections. The three chapters of national fraternities that existed on campus developed a ???slate??? of officer candidates from within their ranks that were sure to win. 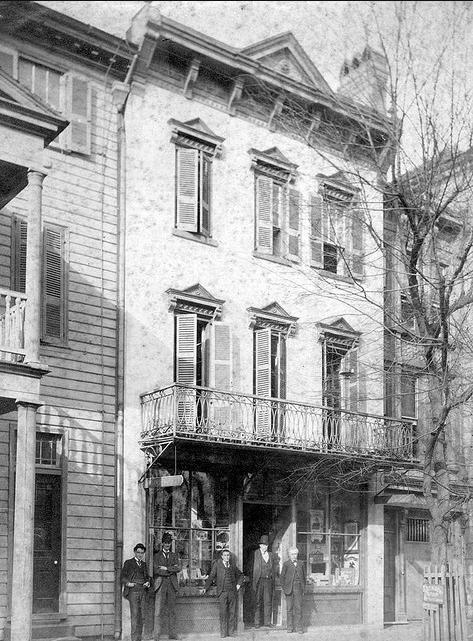 The three men desired the chance to influence the campus with their own ideas. In the course of several meetings at Fogarty???s home at 90 Broad St. in Charleston, SC, the three men led a small campus movement to form a group called Nu Phi, which stood for ???non-fraternity.???This organization of 15 men formed its own opposing slate and began campaigning.

The elections were intense. As the group worked together, and as election day approached, they realized that they possessed the skills, desire and friendship needed to build something of lasting value. In spite of their efforts, however, the Nu Phi ticket did not do well in the final count. Kroeg, in his determination to see his friends given the opportunity to influence the campus like the fraternity men, decided that the only recourse was to start a new, full-fledged fraternity. It was later at the first official meeting of the new fraternity that the designation ???Pi Kappa Phi??? was adopted.

…a fraternity with humble beginnings has grown into a brotherhood of more than 100,000 strong???all because three men made a choice to lead.

Those three men chose to start their own fraternity. The three grew to seven; seven grew to eight; eight grew to 11. From the College of Charleston, they spread to nearby Presbyterian in 1907???and then to California in 1909. In just over four years,? Pi Kappa Phi had become a truly national fraternity. Over the course of a century, a fraternity with humble beginnings has grown into a brotherhood of more than 100,000 strong???all because three men made a choice to lead.

To this day, Pi Kappa Phi embraces its Nu Phi heritage. It manifests itself in various way and emboldens us as Pi Kappa Phis to confront issues with fresh, new approaches.