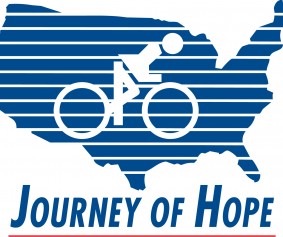 *Riding with Steady Stubel. He is a very good cyclist so I wanted to learn from him.
*rode through the city and the terrain was fairly hectic since we started later than usual.
*continued the ride and the terrain was similar to what we were riding through previously
*got red flagged on mile 10 and were informed that the road was extremely narrow due to construction. We had to be careful and ride along with traffic for a few miles. Chris made some adjustments in my bike. They felt okay initially
*mile 12 had got me really upset. A trucker was honking for a very long time and he decided to pass us through a very narrow pass with a lot of oncoming traffic. It forced us to be very careful and I was literally inches away from the truck. I got grazed and was angry that the truck was that impatient. Nick saw what happened and checked to see if I was fine then followed the truck to get its license plate.
*The ride continued to be standard but my performance was getting a lot worse. Average speed was getting lower, could not pull as hard, I was really uncomfortable and was struggling for 15-20 miles.
*Skipped stopping at crew stops to try to make rack point but near the end, I had to stop and stretch. Chris spent some time adjusting my seat some more.
*I did not get too much time to try out the seat because we were racked 4 miles in.
*i have been really upset and frustrated since my performance keeps worsening. There are many guys that look like they are riding comfortably but I am just really crunched in and sore.
*riding in the car and saw everyone finish hurt me.
Sheriff came and prepared us for a fun arrival that had lots of rolling hills. Some needs channels were there as well
*ate lunch with a Spina Bifida group and did some fun carnival events. Everyone participated and won tons of prizes.
*Team went to lodging briefly and then had dinner/luau. For once the music was different. Really need to learn some new dance moves. Had tons of fun and energy for the visit
Preparing for a decent ride going into Iowa tomorrow